Here are just a few examples of what you, our fantastic fundraisers, have done to help raise vital funds for threatened tribal peoples. 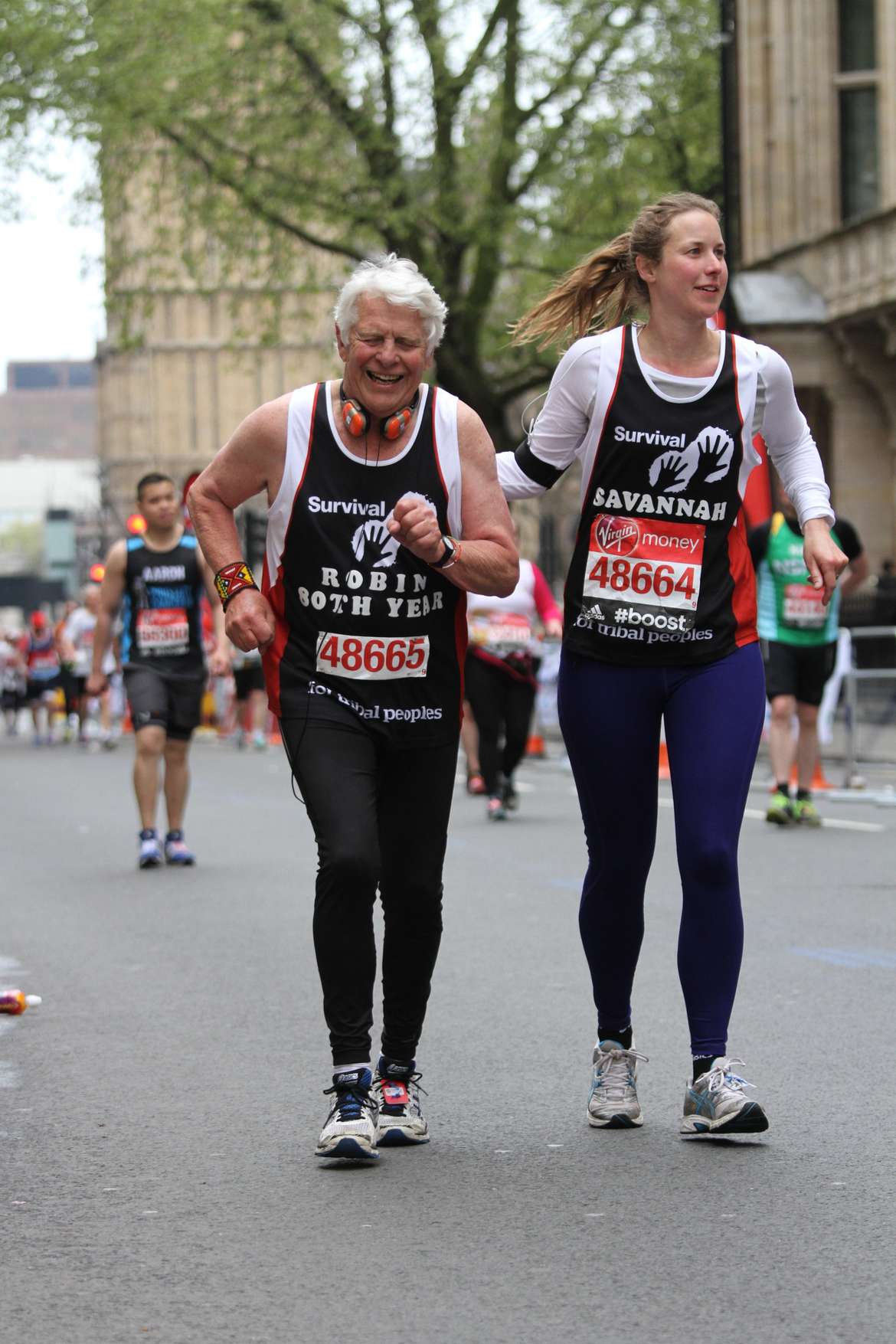 Robin Hanbury-Tenison, President of Survival International and “The doyen of British Explorers”, as heralded by The Spectator, celebrates eight decades of his life with eight epic challenges. Having started with the London Marathon in April, Robin has since climbed some of Britain’s highest peaks and dived out of a plane at 14,000 feet to show his dedication to Survival!

“It is a ridiculous age, which has crept up on me unawares and I do not intend to go gentle into that good night.”

With challenges still to go he needs your help! Please sponsor Robin. 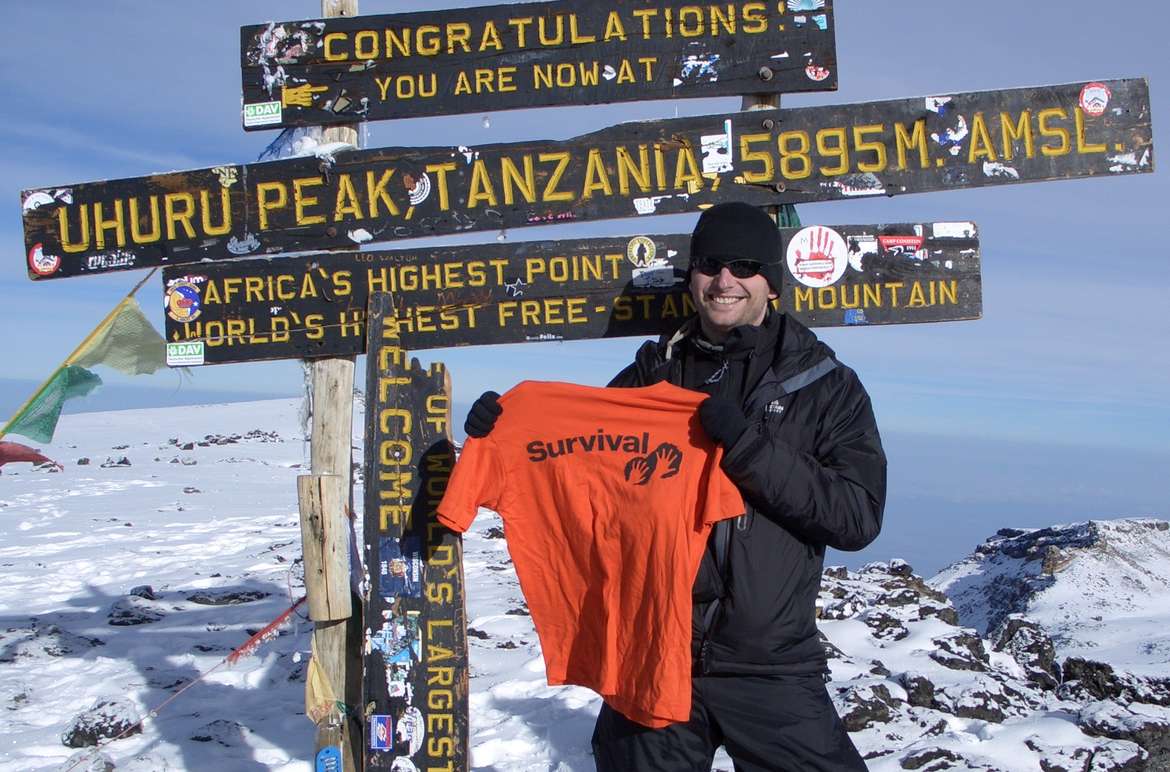 “I made it! I reached Uhuru Peak, the highest point in Africa. It was physically tough but the breathtaking views of the icefields on the crater rim and the exhilaration felt watching the sun rise over Mount Mawenzi is something I will never forget.” 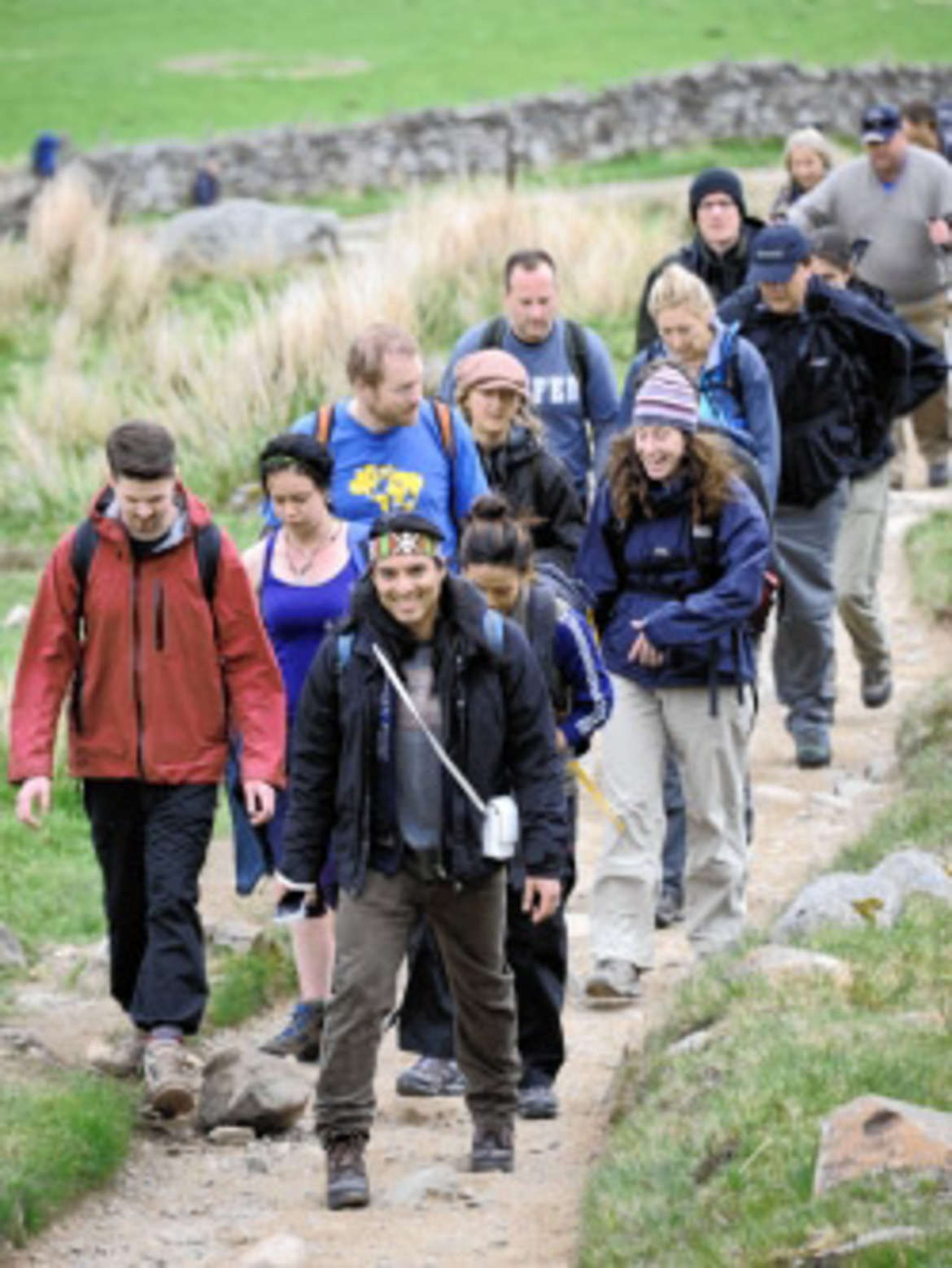 Nixiwaka, a Yawanawá Indian from Brazil, climbed Ben Nevis with fifteen other Survival supporters, to raise awareness of the plight of the Awá tribe.

“After having seen Ben Nevis, the British landscapes and the natural woodland, I remember my territory, my home, and see them all as an example of how beautiful nature can be. It still surprises me how there are still movements wanting to tear down what is so precious to me, my family and our lives.” 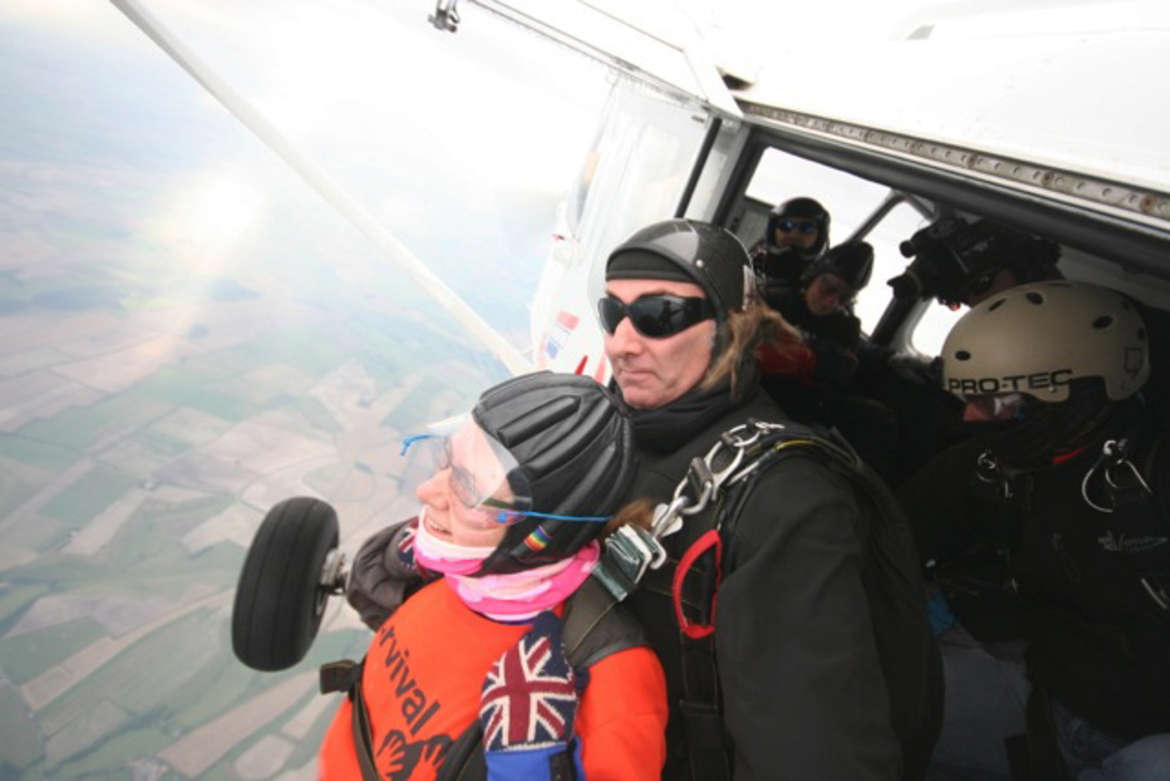 Daring Lucy Luke from Thornbury, South Gloucestershire, fell 10,000 feet for Survival International and raised over £800. Lucy did her tandem jump alongside two other friends; the trio nicknamed themselves ‘The Thornbury Splats’. Lucy surpassed her fundraising target of £500 and conquered the sky.

“It was chilled on the plane. It was so comfortable I could have fallen asleep. I found the skydive really peaceful.”

Skydiving was Lucy’s way of “helping people all over the world who don’t have many people to take a stand with them to prevent or protest persecution.” 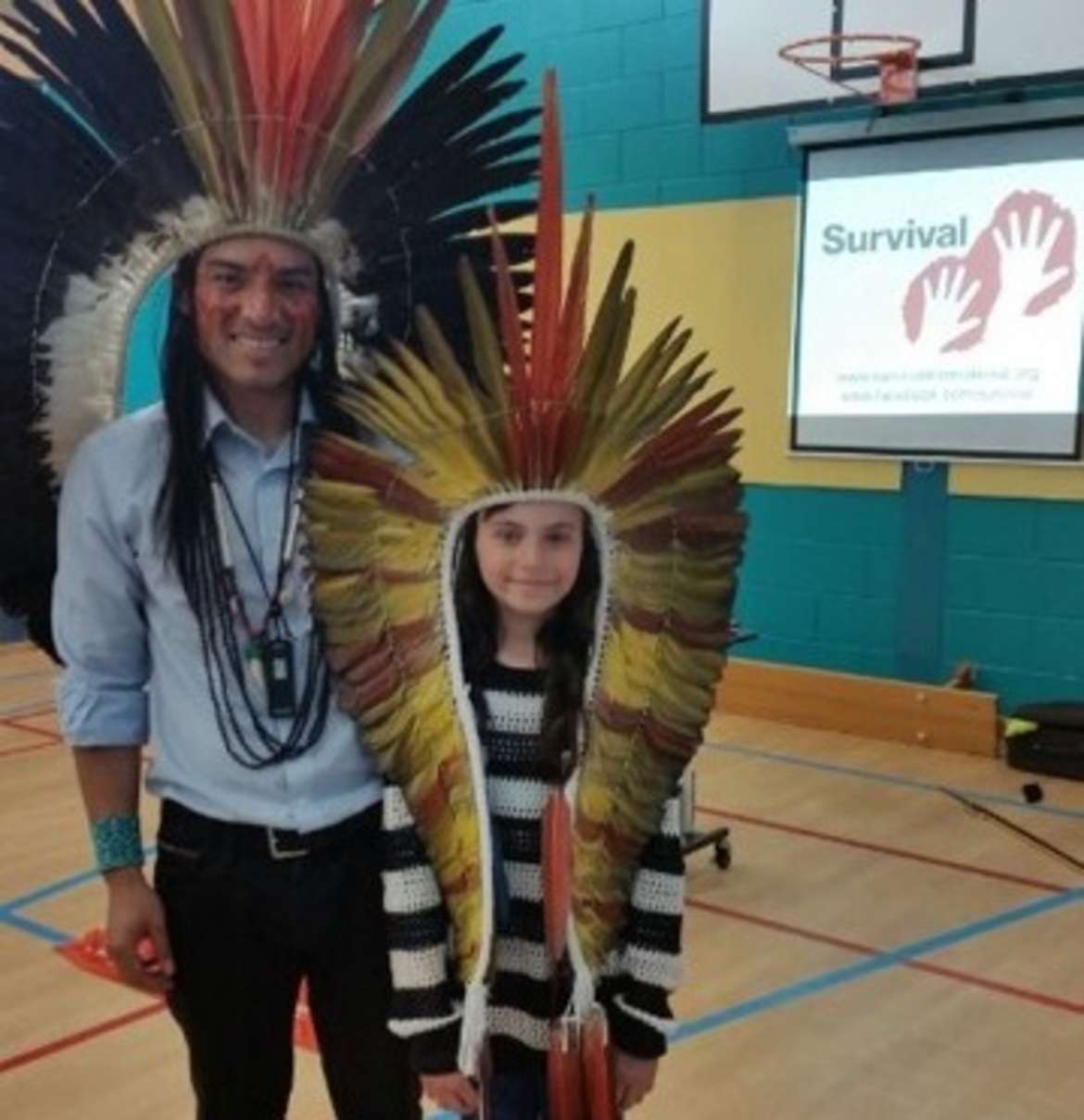 Molly Glennon, aged 10, from Stow Primary School near the Scottish Borders, raised £350 for Survival International. Molly studied the rainforest and tribal peoples at school and was inspired to fundraise by holding a sponsored run, which 26 children took part in. In addition, Molly helped to organise and fundraise so that Brazilian Indian, Nixiwaka Yawanawá, could visit her school and talk about his tribe’s way of life and their intimate relationship with the Amazon rainforest. “When I heard about the tribes and how their homes are being destroyed I got really angry, so I decided to organise a sponsored run to raise money for Survival.” 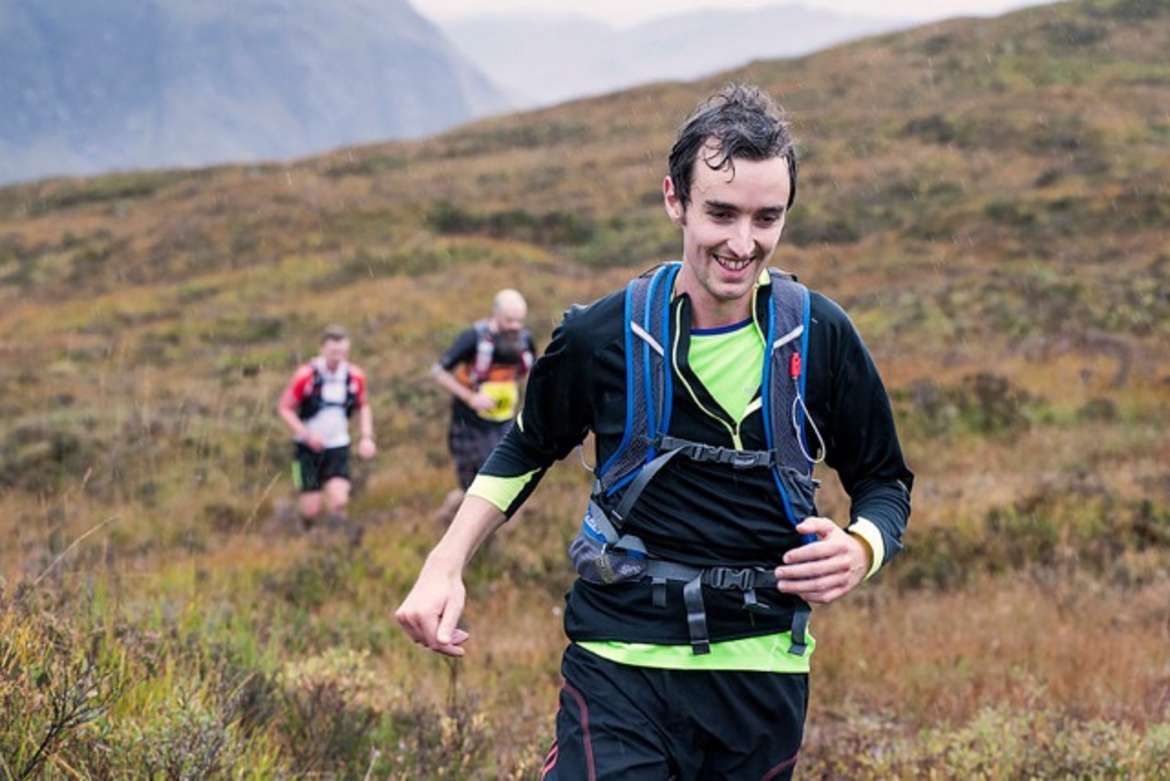 An epic trail for Survival

Adam Heffill ran the Glencoe Marathon, Scotland, to fundraise for Survival. This full off-road marathon is an epic trail run that ascends a total of 1,608 metres through the heart of Glencoe and into the foothills of Ben Nevis. Adam raised £400, smashing his £100 target!

“I chose Survival International because I think every person should be left to live on their land in peace and freedom.”

Whatever you decide to do, we’d love to hear what you’re planning.
Please get in touch and good luck with your event!